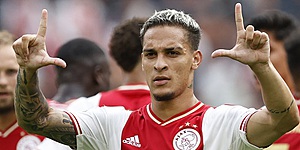 Eiting though , 3 or 4 situations where he by passed the forest midfield with one pass. He will be key. He does look lightweight but it won't matter if we have majority of possession in games.

What a team performance that was. Eiting looks a class signing and he showed his quality in the 50+ minutes he was on. Nobody deserves that more than @rcrichlow_ with what he’s been through, serious player him and hopefully more to come, UTT💙 #htafc

That performance will do Hamer the world of good. Everyone grafted. Eiting looks good. Clean sheet. Definitely something to build on. Amazing what 3 points can do!! #htafc

Shades of Mooy about Eiting. Not a fast player but just seems to be reading the game a few seconds ahead of everyone else #htafc

Hamer had his first good game for us and I'll be a lot less worried about this season if he keeps that up.

Eiting looked very good and needs to start ahead of Hogg.

Schindler for Stearman and we'll have a decent back 4.

So proud of the boys tonight @BBCWYS @KH_BBCLeeds
lets hope now we can kick on and move up the table, Eiting was my man of the match when he came on #UTT

At the start of second half when Eiting played those 2 forward passes with such ease & confidence you can’t help but feel we have a real talent. He’ll be in the Mooy, Chilwell & ESR category by the time he leaves. Baller 🔥 #htafc

Eiting came on smiling. I tell you what, that makes a huge difference. Those players have looked so beaten up and to see that lifted my spirits #htafc

Not getting carried away. But that Eiting looks like a right player. Wicked left foot corner too #htafc

@BBCWYS A win is a win. @htafcI'll take that! Excited about Eiting. looks a good player

Tell you what, I saw shades of a certain bald Australian in Carl Eiting! Baller. #HTAFC

I like Eiting by the way. Can pick a pass that lad. #htafc #utt

Carel Eiting has been excellent since he's come on - his passing is crisp and progressive, and he seems to know what he's going to do with the ball before he gets it

#Eiting Great signing. Quality distribution and looks to have time on the ball. We just need a flippin striker #htafc

Eiting can see a pass before he’s even received. Always looking forward. Exactly what we need #htafc 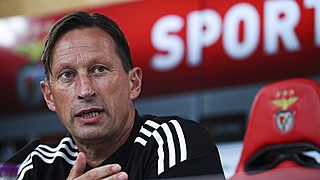 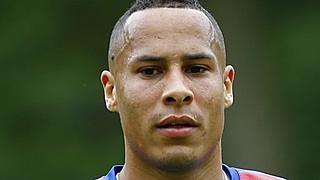