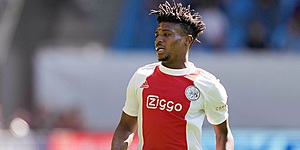 Manchester United new bid has been rejected by Ajax earlier today. €90m is considered not enough, that’s why Antony is disappointed with Ajax - he only wants United. 🚨🔴 #MUFC

Bid has been submitted as called by @MikeVerweij and it’s already turned down. pic.twitter.com/zmKzbnecZt

Gakpo and Pedro neto/Asensio. Enough of this ajax shit. #mufc

@AFCAjax you are absolutely bollocks !!

Have to feel sorry for Antony. Kid just wants his dream move and Ajax are holding him hostage#GlazersOut

Ajax dumb for not taking the 80million.
Really dumb

Definitely Ajax. They are holding onto him like he's prime Messi.

I hope you United don’t buy into Ajax’s ransom for Antony 🇧🇷. Just walk away!

If a player refuses to play anymore then why bother keeping them @AFCAjax? https://t.co/Oq7eRnw6PC

United and Ajax are the definition of Dumb and Dumber https://t.co/UcusGqX9cj

It doesn't matter how much @ManUtd offers for @antony00, It looks like he won't be coming. Disgusting how he's being held against his will by @AFCAjax.

Why are you keeping a player who wants to leave. @AFCAjax be reasonable na

Do you really want to Keep an unhappy
player? @AFCAjax
Let him go ffs! Let him play for #MUFC https://t.co/QfDFxgQKiA

This is insanity they they rejected this. Take the money and run @AFCAjax https://t.co/6wksI5Swo7

Ajax are on crack https://t.co/IqjEwAKxBs

I don't know what's more ludicrous. That United bid 90M for Antony or that Ajax turned it down.

Ajax backing us down in the post. No help in sight. This is gonna be ugly. https://t.co/07sQvTHBNl

@AFCAjax are just trying to milk @ManUtd to the last kobo. I'm sure they're just sitting somewhere together, laughing and drinking at the stupidity @ManUtd is displaying at the pursuit of Anthony. Rubbish #MUFC

Ajax are dumb for rejecting that bid, United would be even dumber if they go in for another bid

Ajax really rejected a 90 million for Antony , That is crazy!

Ajax rejecting €90M for Antony is insane. He will leave cheaply next season. Should bid for Asensio now or Neto

United is overly stupid to bid €90M for Antony, Ajax is mad foolish for rejecting it.

Wont be surprised if we lose tomorrow and all the transfer news and bids surfaces again.

Ajax rejecting a 90 million bid 4 Anthony is crazy. Too crazy.

I just think we should let go for now and get Gakpo for much lesser, invest the other part of the money elsewhere in the team

Wtf he’s not even worth 40 mil. @AFCAjax why u rejecting thatttt https://t.co/u2UWqR4Nod

Fuck it now. Get Gakpo and Morata. Ajax are absolutely taking the the piss now at this point. https://t.co/fNmUbfSvkX 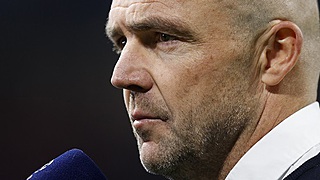 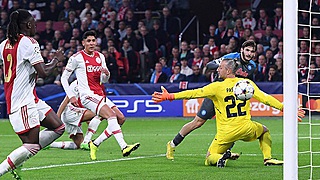