United fans have just had front row seats to a Virgil Van Dijk masterclass, yet they’ll still have the audacity to say the likes of Vidic and Rio come close

Virgil van Dijk is one of the very best centre backs to have played in this country. Don't care about comparisons to anyone else, he is just immense, absolutely flawless, without any doubt the best in the world in his position by a distance. #LFC #LIVMUN

Whatever @HarryMaguire93 is worth, double that...... @VirgilvDijk still isn’t worth that. Unlucky Slab Head!!!!!!

I know he usually always gets the recognition, but Virgil van Dijk didn't put a foot wrong today. He was absolutely immense. The league has never seen a defender like him.

Out of this world.

Virgil Van Dijk is the 16 point difference between city and Liverpool. What a player

Virgil Van Dijk showing again today why he’s the best centre half in the business! What a win!

Virgil van dijk is unlike anyone I've seen. It just looks to easy for him

Ladies and gentleman I give you Virgil Van Dijk. Centre half royalty. THE best ever

@VirgilvDijk is the best defender I the world. No questions

What an outstanding win!! Incredible performance from @VirgilvDijk 👊🏽👊🏽👊🏽

Virgil Van Dijk should be the man of the match 👏👏👏#LIVMUN

If you think @VirgilvDijk beat @HarryMaguire93 to that header then you are an absolute melts! 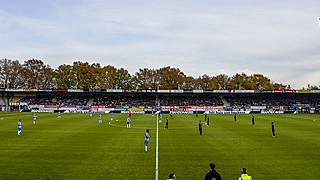