I respect overmars but called Ziyech better player than Özil is not good i think you lost your mind because no one ask for Ziyech and you are desperate to sell him https://t.co/nHd6w6J2tY

Overmars can fuck off. This is a disgusting comment to make to the media https://t.co/c3GlI6aQiL

This right after a very idiotic comment by Overmars?

The guy just said Ziyech is better than Ozil which is nonsense and also said we should sell Ozil and replace with Ziyech.

As much as I want Ozil to be sold, we are not able to sell him because of his wages.

Of course they all go after the markets they know, but didn’t Overmars reject the role as he wanted a more DOF not a TD https://t.co/5roBPgAGxc

Lol overmars trying to get rid of Ziyech, obviously people who scout these players know something we don't.

Anyone else find it very odd that Overmars is practically begging the big clubs to come in for Ziyech? He also confirmed that even though the relitively small transfer fee, there hasn’t been a single offer for him despite scoring & assisting 50goals last season..

Why is no one else interested in him though?

Why would overmars come out and say such things to the media. This speaks volumes.

Shut th fuck up Marc overmars I don’t get this ozil hate. that you are angry another club will not sell one of their star players for a dude with a good season https://t.co/5P4hzdtK0v

Marc Overmars: "I think he's better than Mesut Özil. I would say: sell Ozil and for half his fee you can get Ziyech."

So desperate to shift another star man, that he’s resorted to slagging off a household name, and telling Arsenal how to conduct their business... #afc #Ajax

Why would overmars even say that, very weird statement

Overmars was offered a job at Arsenal but he turned it down, yet here he is expecting someone else to join us

Why is overmars so desperate for Arsenal to buy 1 of his players for a low price 🧐🧐 pic.twitter.com/plFUNVG8FK

Btw why shouldn't Marc Overmars try to keep Hakim in @AFCAjax?! Why he want's him in Arsenal or anywhere else?! We're supposed to wait for another such season for another 20 years? @vdsar1970 @AFCAjax_EN 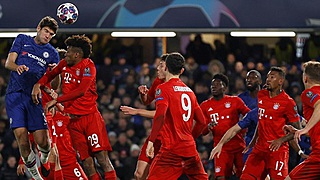 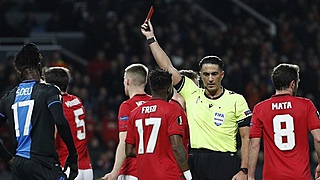